A note to our homeowners about the coronavirus. Your health and safety is our first priority. Virtual Consultations Available

Our windows play a major role in ensuring our home’s functionality. No matter which kind of window they are, whether they are bay or double hung windows, they contribute a significant part to improving your home’s energy efficiency and enhancing its visual appeal. Without the invention of windows, homes today wouldn’t function properly and we would have to rely too heavily on artificial lighting to make our day-to-day activities even remotely doable. Functionality and aesthetics aside, there are some architects who decided to push the envelope when it comes to the realm of windows. 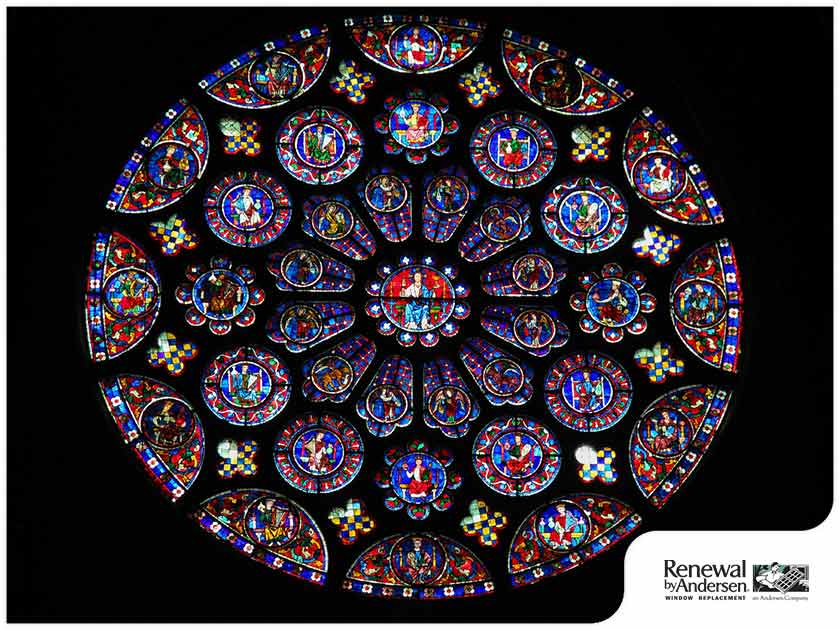 It’s not everyday that you get the chance to learn more about the biggest glazing that you can find, or the largest window pane in the world, or even the most expensive ones that exist. You’ll find out that windows do more than just provide natural lighting as their shape, size, trim, and even glazing can accentuate certain elements of your home. Using the right window can transform a normal living space into a magnificent work of art. In this post, Renewal by Andersen® of Nashville, the top window replacement contractor, shares some of the most notable and famous windows in the world that you can use as inspirations for your future window projects.

The Augsburg Cathedral was founded in the 11th century by the Roman Catholic church to pay homage to the Virgin Mary. This cathedral is famous amongst tourists because of its unique features: carved reliefs showcasing the Virgin Mary, an arching tympanum that portrays the Annunciation and the Birth of Jesus Christ, along with a bronze door with 35 bronze panels showing scenes straight out of the Old Testament.

The stunning architecture aside, one of the key features of the Augsburg Cathedral is its five stained glass windows, akin to that of large bay windows at home. These windows are estimated to date back to the late 11th century and the early 12th century, making them the oldest stained glass windows in Germany. These windows feature the prophets Moses, Daniel, David, Jonah, and Hosea.

The Biggest Window In the World

While this claim is highly contested, the general consensus is that the Notre Dame Cathedral in Paris holds the record for having the world’s largest window. The cathedral’s south rose window is tremendous, measuring in at 12.9 meters in diameter, having around 84 glass panes. Its size aside, you can’t deny that the design and the architecture is such a mesmerizing sight to behold.

The west rose window is a tad bit smaller but still a beautiful stained glass that measures 10 meters in diameter. The window is dated back to 1220 AD and still has most of its original glass and tracery intact. You can take some of its design cues as an inspiration for your future replacement windows project.

If you’re wondering where the largest stained glass window in the world is, you can find it within our country in the Resurrection Cemetery in Justice, Illinois. It’s one of the biggest cemeteries in the state and it features a huge mausoleum that has over 22,000 square feet of beautiful stained glass that makes it an absolute feast for your eyes. Also, there’s a spooky rumor going around that this area is haunted by “Resurrection Mary” who is a young hitchhiker who gets picked up and dropped off outside the Resurrection Cemetery, only to disappear like magic.

Strongest Window In the World

The strongest glass pane in the world is currently undergoing development after a significant research breakthrough in 2011 after a glass that’s stronger than steel was produced. This glass was developed and produced by scientists from the United States Department of Energy in collaboration with the California Institute of Technology. The glass is made by combining five elements including a rare metal that’s called palladium. The other metals in the glass mixture are present to increase the strength of the glass, while palladium is present to increase the plasticity of the glass. In turn, this prevents cracks from spreading, which allows the glass to bend when put under stress, rather than shatter. This is an exciting scientific breakthrough since you can find this glass making its way to your double-hung or bay window in the future.

The largest window found in space is Cupola which is an International Space Station module that has a diameter of 2.95 meters, with a height of 1.5 meters. This module is used by the ISS to conduct experiments, dockings, and observations of the Earth. With a large field of view like that, one couldn’t help but feel jealous of the view that our astronauts are enjoying right now.

Let These Windows Inspire You

Some of these windows are notable due to how they’ve stood the test of time and how it influenced the designs of modern windows. Some of these windows have also achieved astonishing feats that we never thought possible and could find its way to our home’s windows in the future. Take this time to admire their beauty and incorporate them into your future window replacement project.

Turn to Renewal by Andersen of Nashville for other replacement window choices. Apart from the aforementioned styles, we also offer picture, bay, and double-hung windows. We’re ready to help you choose the perfect window design for your home improvement project. Trust in us as we have what it takes to make your dream home a reality. Give us a call at (615) 238-9463 to get started, or fill out our contact form to schedule a free, virtual consultation. We serve residents of Murfreesboro, TN. 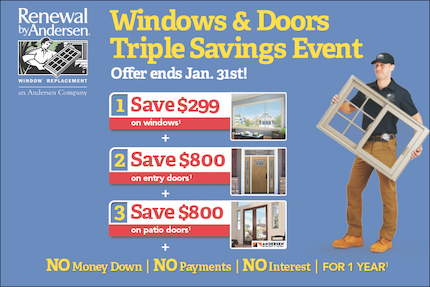